Everyone has heard of Jakarta, but I hadn’t heard of Yogyakarta before I started planning this trip to Indonesia. I have a lot to say about this city, but if you want the short version: I love Yogya and Yogya loves me (or at least someone there does, according to this water tank): 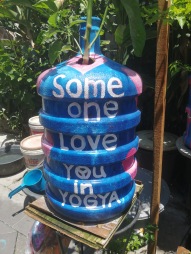 It’s known as Yogya, Jogjakarta or Jogja to the locals, and people like me who want to pretend they’re locals. One of the reasons I loved this place so much is because I was made to feel like part of the community wherever I went. The people were overwhelmingly friendly to us, and I felt completely safe and at ease exploring and making friends here. It may be a sweeping generalisation to comment on the personality of ALL the people, but it’s one I’m happy to make, because in my experience it’s true and I want to acknowledge how much positive difference it made to my time here.

Apart from the people, why did I love Jogja so much?

Initially I chose it because it’s a good location from which to visit two major temples in Java – Borobudur (which is going to get a blog post all of it’s own!) and Prambanan. But I can’t understand why Jogja is not more well known as an amazing destination in its own right. The city itself reflects the open-minded people and culture, with the mosques taking inspiration from old Javanese and Hindu buildings rather than the dome-shaped mosques I’ve seen elsewhere. No skyscrapers or high-rise apartment blocks in sight. It’s a really fascinating place and doesn’t feel like anywhere I’ve been before.

Kraton: this is where we stayed. It’s basically a walled city within the city, and officially part of the Sultan’s palace. You can walk around the walls and have to go through the gates to get in or out, but they’re always open.

Yep, Jogja has a Sultan who has actual decision-making power, although it is a hereditary title. The current one has no sons and has named his eldest daughter as the heir, apparently with some resistance. Many people think his brother should be next (including said brother), but if you’re going to have a Sultan, it may as well be a woman.  That’s what I always say, and maybe Jogja will too when the time comes.

Kotagede: another area full of ancient buildings and ruins and mosques. Beautiful and interesting to walk around, especially if you have a lovely new friend to explore with like I did.

Alun Alun Kidul: this is one of two main squares in the Kraton area, with food stalls and the two trees challenge. If you can walk across the square blindfolded and still walk between the two trees then, congratulations, you’ll have good fortune! I didn’t try this so my future fortunes are as much in doubt as ever. There’s a buzzing atmosphere at night, with peddle cars taking people around the square, blaring music and blinged out with neon lights ranging from ‘I heart Jogja’ (can’t argue with that) to random cat and turtle designs (ok I can’t argue with that either).

If you want some cheese and chocolate on toast, this is also the place for you, but who are you and why do you want this? The blip in Indonesia’s otherwise amazing food for me has to be the disturbing trend of chocolate and cheese.

There was some kind of festival on in Alun Alun Lor, the other square, including a huge market and some kids on stage singing and dancing. It was possibly the cutest thing I’ve ever seen in my life, and I look at a lot of dogs on instagram.

Taman Sari: the water castle which was part of the palace and is now open to the public. It’s a bit run down, but in a kind of charming way.

Prambanan temple: unfortunately we didn’t get to spend a full day here, but we did get to watch the traditional Ramayana ballet here at night. It’s an outdoor performance, with the beautiful temples lit up behind the stage, traditional live music to accompany the show, and really impressive performers dancing, singing, backflipping and fire twirling across the stage. I managed to follow the story pretty well, partly because they had screens with some basic plot outlines, and partly because the story also featured in one of my favourite childhood movies, A Little Princess. So this was an extra delicious nostalgic treat for me. 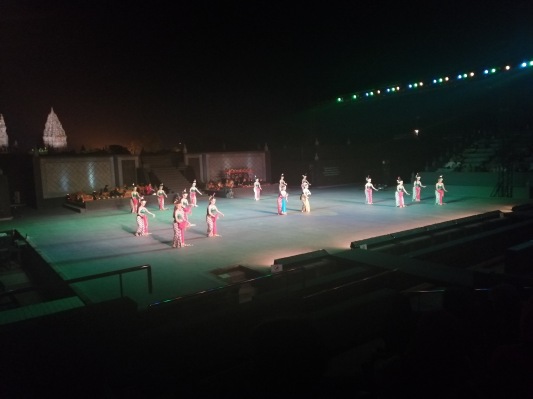 Javanese pottery: one of the most fun things we did was making pottery with two ceramics students who have their own studio. We just happened to see a poster for it and spent a morning getting mucky and laughing and making disastrous items that we’ll call plates and cups. It takes about a week to finish off the firing and glazing processes and we were leaving the next day, so I suggested they keep our pieces and sell them. They didn’t seem interested in that offer for some reason, but kindly agreed to post them to KL for us when they’re ready. I want to use these myself, so please don’t bombard me with offers to buy them.

Ahh, Jogja, I miss you already. 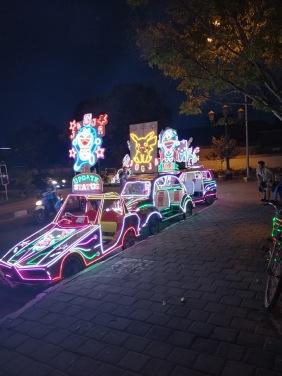 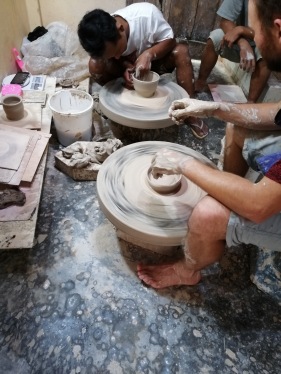 One thought on “Falling in love with Yogyakarta”